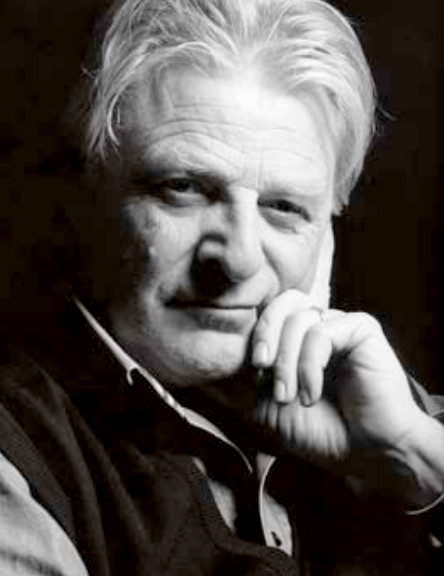 «Angiolo Volpe belongs to that group of artists who never tire of feeling like poets and who seek nourishment in the figuration for a happy look, and, in color combinations, consolations for the soul, hopes of restoring a lost harmony… and as a poet he was able to find his syntax, his voice already unmistakable for the suggestive energetic intensity of his fields of poppies, thistles, irises… » (Giorgio Segato)

Angiolo Volpe was born in Livorno in 1943. He started painting at a very young age, immediately deciding to devote himself to painting as his only professional activity. He assimilated the artistic culture of Livorno and the lesson made by the Macchiaioli artists, thus underlining his own and original mode of expression. Starting from the seventies he made numerous trips, both in Italy and abroad, to have new experiences and to paint different natural, environmental and architectural realities. His first important exhibition was in Florence, then in Milan, Genoa, Bologna, Monza, Varese, Rome, Naples and also in the United States, in Los Angeles.

His own expressive research, in a technical, chromatic and thematic sense, is an essential element of his artistic development. Tanks to numerous solo exhibitions in the most important Italian and foreign galleries, Angiolo Volpe is a well known artist in Italy, and  he has had occasion to  be appreciated also in America and Japan.

Among the most recent exhibitions: in 2007, "Color air" at the Marciana Library in Venice and the collective "Giorgio de Chirico and a twentieth century before and after the Transavanguardia" in Fiesole (Florence), both curated by Giovanni Faccenda. In 2008, again in Fiesole, the personal exhibition "At the heart of light" at the Basilica of Sant’Alessandro. In 2009 two events with the works of the well-known artist Walter Lazzaro: "Lazzaro - Volpe, dialogue of silence", simultaneously in Forte dei Marmi and in Milan, and "Invisible calls" in Arezzo, at the Municipal Gallery of Contemporary Art. In 2010 the collective exhibition "Giuseppe Garibaldi e i Mille - From reality to myth", at Granai di Villa Mimbelli, Livorno, curated by Aurora Scotti and Marco Di Giovanni. In 2012, "Walkways to infinity" at the Centrum Sete Sóis Sete Luas in Ponte De Sor, Portugal; in October 2013 "Journey through time" at the Piaggio Museum in Pontedera, curated by Riccardo Ferrucci.