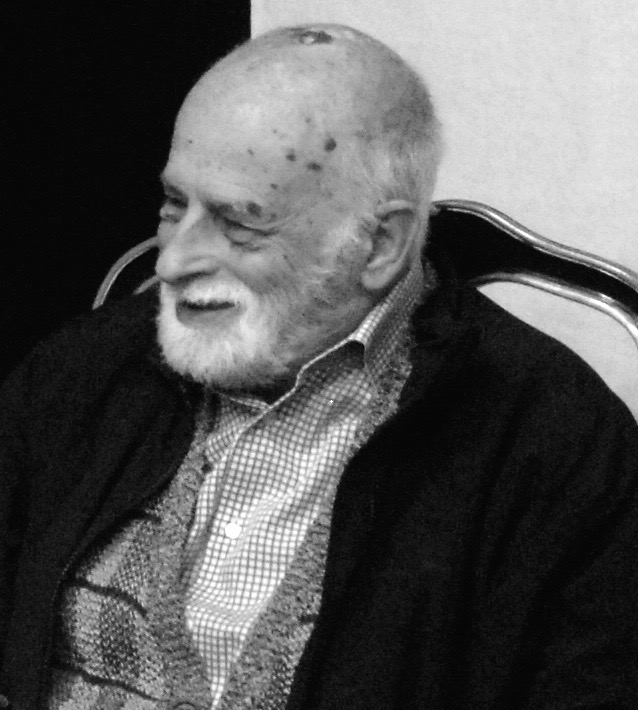 «From the outside, dreams, memories and visions are crowded to enter. I try to welcome them all, to keep them as creatures. With respect and tenderness. They will become beloved occasions to be delivered to the mysterious alchemy that will turn them into visible forms. My life was marked by this undeserved and immense good fortune, by this indispensable and happy daily path» (Antonio Possenti)

Antonio Possenti was born in Lucca in 1933. After finishing his classic studies, he soon discovered the expressive qualities of drawing, following an inclination towards tales of fantasy that he maintained, even through a close observation of the "human comedy".

To painting he arrived self taught from drawings and illustrations. His learning process was ideal and determinating, the fruit of his intellectual curiosity and of the literary and artistic culture that he had absorbed since childhood in his family, moving from Greek and Roman classicism to the modern and contemporary epochs with a particular predisposition for experiences of a more lively and involving fantastic character. He travelled a lot and met various characters and cultures, but always returned to Lucca where he lives and has throughout his life his studio, in the heart of the city; a magic place that holds, like an immense suitcase, the memories of his excursions in the world.  During the course of his career he exhibited his work in the main Italian and foreign galleries (these include Philippe Guimiot in Bruxelles, Rutzmoser in Monaco, East West Gallery in London, Art Diagonal in Barcelona), he partecipated in the most important national and international art fairs (Art Fair Bologna, Art Fair do Colonia, Art Fair Milan, Art Basel, F.I.A.C. Paris, Art Fair Los Angeles, Art Miami, New York International Art Fair, Tuyap Istambul, Foire d’art Gent, Arco Madrid, Stockholm, St’Art Strasbourg, BART Barcelona), and he held personal exhibits in prestigious public venues: the Uffizi Museum, Sala d'Armi of the Palazzo Vecchio of Florence, Reggia of Caserta, Tour Fromage of Aosta, Palazzo Ducale of Massa, Castel dell'Ovo of Naples. He received numerous prizes and awards and his works are in public and private collections in Italy and abroad. He was a member of the Academy of Literature, Science and Art of Lucca, and of the Art and Drawing Academy in Florence.

Those who have written about him include: