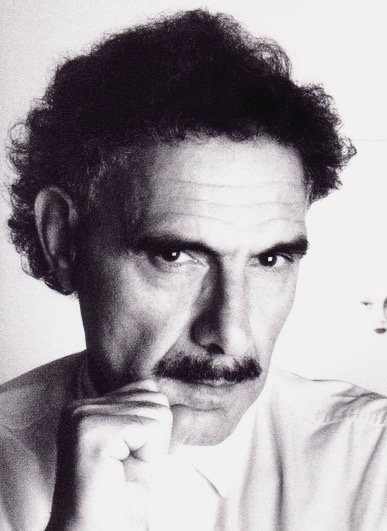 Alinari was born in Florence in 1943. As a young man, he discovered his love for painting which became his favorite way to communicate. His painting is characterized by bright and vivid colours; his technique combine thickly applied pigment with refined fields of smooth, transparent colour.

His first sole exhibition was at the Galleria Inquadrature of Florence in 1968. During the 1970s he began an intense research, experimenting various pictorial techniques, combining fluorescent colours, decalcomania, collage and photographic transpositions. Between 1972 and 1973 he exhibited in the main private galleries in Florence, presented by the poet Alfonso Gatto. Since then he gained official recognition through his partecipation, in Italy but also abroad, in countless public and private exhbitions, including  the Venice Biennale in 1982, the Rome Quadriennale in 1986, the great anthologies at the Palazzo Reale in Milan in 1996, the Civic Museum of Contemporary Art in Genoa "Villa Croce" in 1995, Palazzo Medici Riccardi in Florence in 2000, Galerie Adler in Paris in 2003. In 2009 he exhibited at the Beijin Today Art Museum in Beijing, at the SunShine Center for Contemporary Art in Shanghai and at the Kun Shan Museum of Contemporary Art.

In 1999 the Uffizi Gallery of Florence included an Alinari self-portrait in the famous collection located in the Vasari Corridor. On 10 June 2015 he received the "Filo argento" award for painting.

Many and authoritative critics, art historians, poets and writers have dealt with his work, considered among the highest of the second half of the twentieth century; among others, Renato Barilli, Enrico Crispolti, Alfonso Gatto, Marilena Pasquali, Pier Carlo Santini, Goffredo Parise, Elena Pontiggia, Josè Saramago, Giovanni Faccenda, Philippe Daverio.