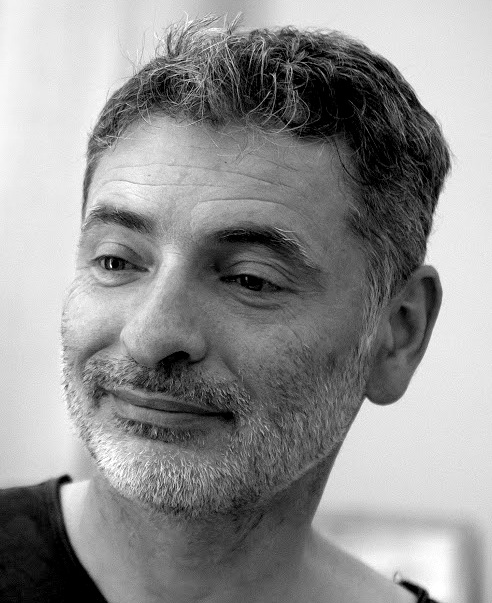 «The link between nature and mode of representation is scrupulously magnified in every compositional detail. The outcome is a poetic composition… The clarity and individual definition of composition features mixed objects such fruit, flowers, jars, bottles, musical instruments, views and landscapes. All of which are executed in perfect colour and harmony and display the virtuosity of Mario’s ability as a modern master» (Luciano Cassara)

Mario Minarini was born in Florence on the 16th May 1970. He began his artistic formation in the art of goldsmithery at the Florence Institute of Art where he graduated in 1989. An ancient tradition in Florence, goldsmithery has been a crucial part of the artistic education of painters and sculptors; For centuries  young artists have been studying in the workshops, where they developed the art of drawing and composition. Sandro Botticelli, the great Renaissance master, is a clear example: he got the first artistic education in a goldsmith’s workshop, as many other artists.

The goldsmith’s eye for detail we find in Minarini’s landscapes and still life compositions extends into his play with light, darkness, and reflection. The intimate relationship he cultivated with nature as a young boy experiencing life in the countryside is manifested in his characteristic Tuscan sceneries, often dedicated to this region’s hidden natural patrimony, realized en plein air. Forever inspired by the Macchiaioli movement he prefers to work with oil paint. Mario also uses the spatula and specific oil painting techniques that help liven the colors naturally, bring forth the crudity of the material, and create movement.

Minarini studied oil painting and figurative nude drawing techniques at the Florence Academy of Fine Arts, with Sandra Batoni and Alessandro Berti, and perfected his techniques while frequenting the G.Mazzon group with the late Osvaldo Curandai.

In 2008 he was awarded the “Fiorino d’Argento”, a prestigious award given by the Florence City Hall, for his work “Mannequin Man”. Minarini holds personal exhibitions in some of the most important museums and cultural venues in Italy, England and Mexico, not to mention his works can also be found in private collections around the globe. He adores poetry, which is mirrored in his creations, especially his small-scale compositions: miniature poetic statements without words. His expression is founded on classical aesthetics, choosing to highlight the beauty that so often goes dismissed in simple, everyday objects and locations, all the while drawing attention to the contradictory duality of light and darkness that blends into daily life by bringing into focus the contrast between light and shadow present in every subject.

Art Galery “L’indicibile” in Florence, with the title “Animanimali” (“The soul of animals”)

Art Galery Benvenuti in Florence, the title “The art of marveling”

Palazzo Medici Riccardi, in the space of museum Province of Florence, “A Guide to the Soul Places”, with the support of the Municipality of Fiesole, the Music Academy of Florence and the Ponte Vecchio Art Gallery of Florence.

Exhibition at the Bongiovanni Galery in Bologna, with the title “The master and the pupil”, with Osvaldo Curandai painter

International Museum of Music in Bologna, with the title “I live for her”. In that occasion Minarini offers a painting to the Museum

He paints the “Palio”, the trophy for the “Giostra della Stella”, a tourney in Bagno a Ripoli (Florence)