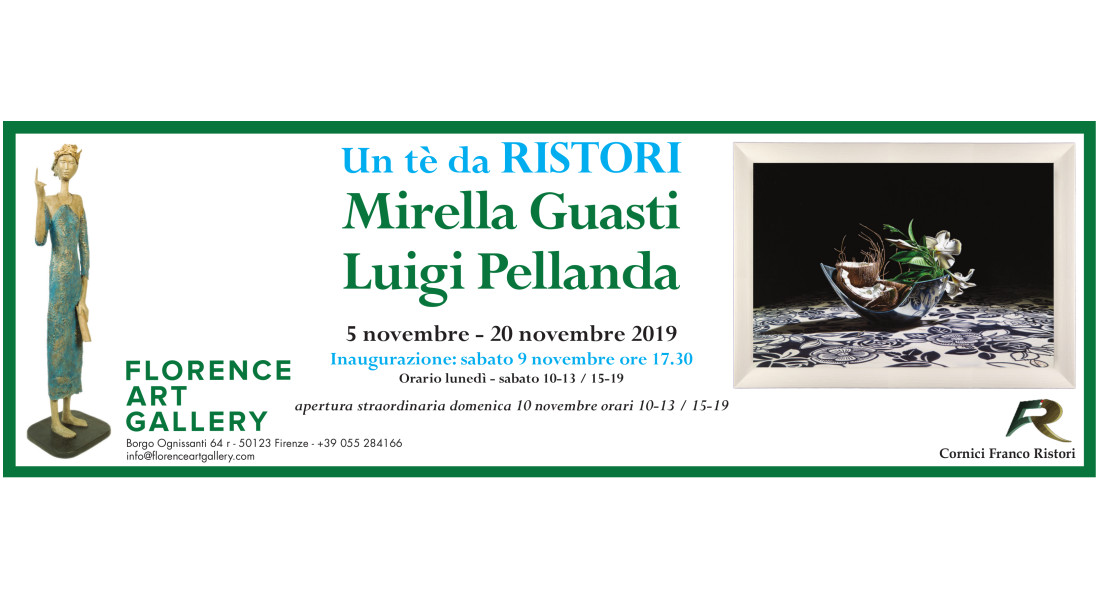 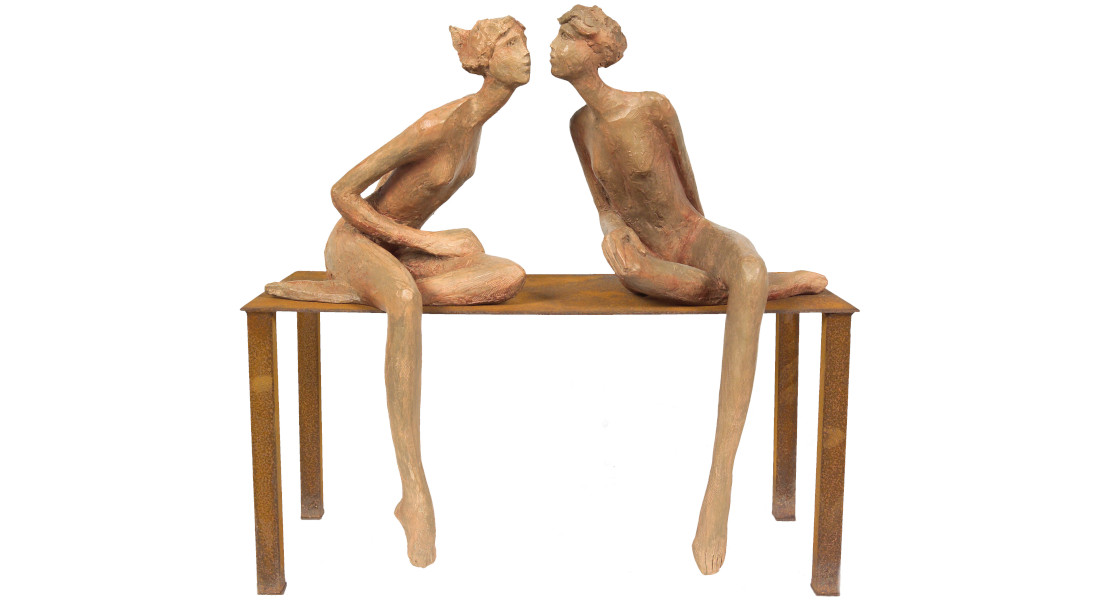 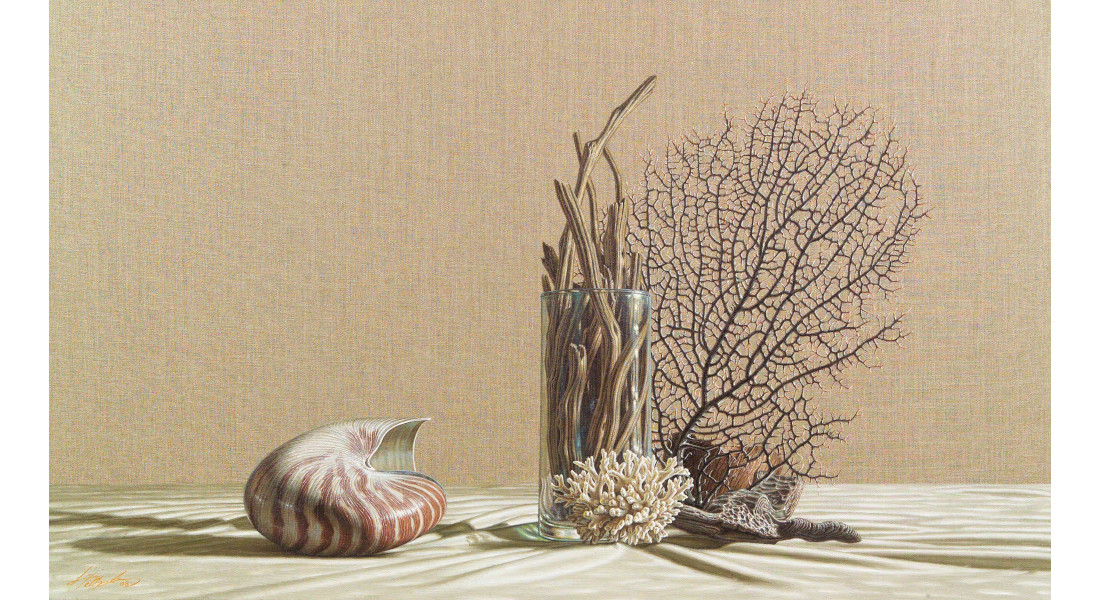 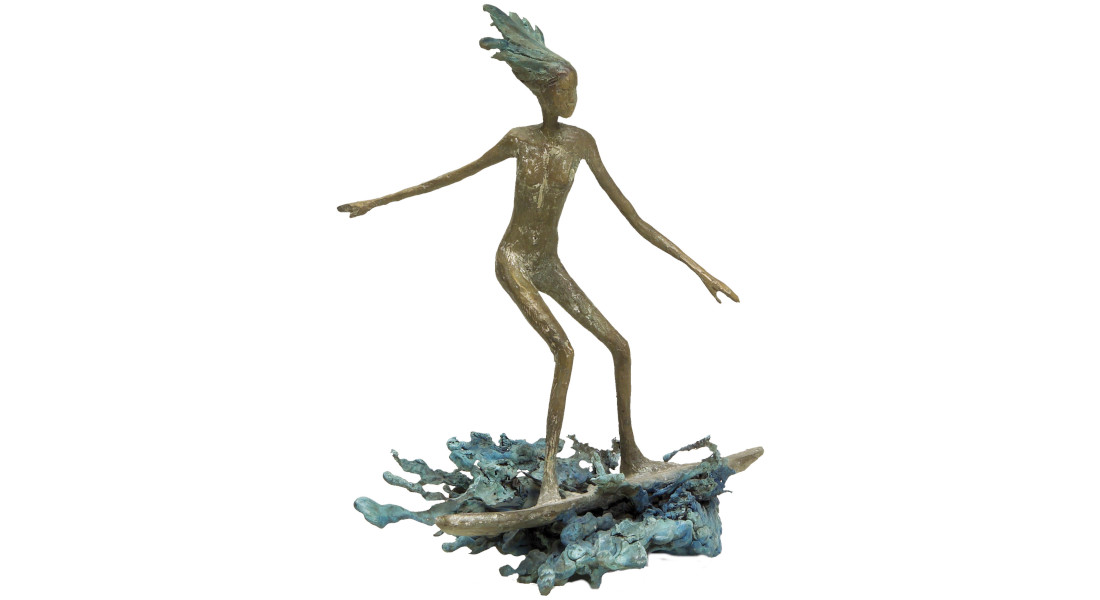 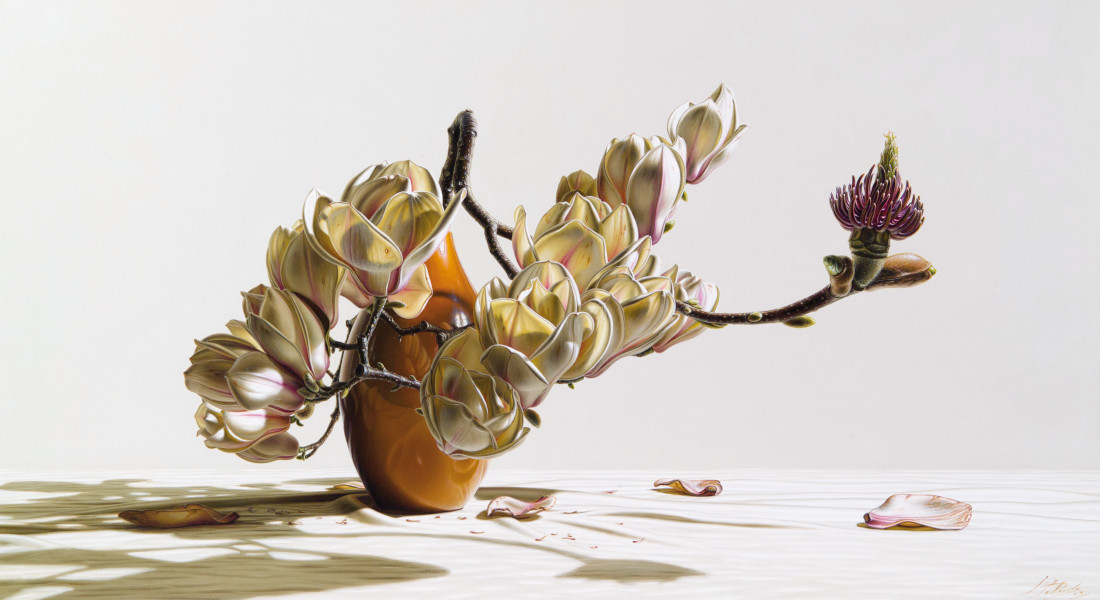 I have recently visited the courtyard of the house in Milan where I was born in 1933. The courtyard has not changed over the years, and it still reminds me of what I used to see as a child from the balustrade of my balcony, when I wished I could break free from that place and run away.

For this reason, the house at the Lido in Venice where we moved to later still retains an aura of magic: it is a beautiful, art-Deco villa, surrounded by a large garden, full of trees and grass; I still remember a wisteria that climbed over our house, covering the balcony of our sitting-room with a pergola of fragrant flowers.

I loved walking to the beach, since I could even go there alone, unaccompanied. The sand was fine and golden, full of beautiful shells such as I had never seen before.  At that time, we used to play on the beach and run freely. It was like living in a dreamlike world.

The magic spell did not dissolve when we moved to another house at the Lido. The new, Art-Deco house also had a garden, but a bigger one though, since our family was getting larger and larger: three of us children had been born in Milan, while four other children would soon be born at the Lido. Our parents were two lively, yet a bit irresponsible chemists; they were optimistic people and they had seven children, in spite of the difficult times they lived in, which culminated in World War II.

However, in spite of all the problems we had, we were happy to live on that isle full of orchards and trees; we enjoyed going to the beach, riding our bikes or skating, as if we were always on holiday. In the sitting-room of our house my grand-grandfather’s portrait reigned supreme: born in Prato, Cesare Guasti had been a prominent academician of the “Crusca”, a scholar, a friend  and a patron of artists. Our father felt a deep admiration for this devoted, famous ancestor (who will probably be sanctified soon) and a translator of the “Imitation of Christ”.

My father inherited our grandfather’s sense of moral value and the strong principles that had always guided him throughout his life; all these values were passed on to us.  Sometimes we did not understand the meaning of all these principles, but we could not oppose them since they spread from our inner conscience. We are a shy breed, and we hardly ever express ourselves in a direct, emphatic way; sometimes we may seem bit harsh, but on the contrary, the love we nurture for our family members and friends is really strong, even if we seem unfriendly or if we hide our feelings through a strong sense of irony. As regards manual dexterity and cleverness, we were all endowed with these natural qualities, although we were engaged in different activities; I think these qualities were also part of our grand-grandfather’s inheritance, since he had been in touch with several artists in his lifetime  and he had written many critical essays. It is also worth mentioning the fact that Vincenzo Montefusco, a Neapolitan painter of the 19th century and a friend of Pellizza da Volpedo, was one of my mother’s ancestors; he had his studio in Rome and some of his works are to be found in the museum of Capodimonte; besides, our family inherited some of his studies.

As a consequence of all this, I soon felt the need to express what already existed in my imagination.

There have been years in my life in which my primary aim was to look after my children, who were born in quick succession, occupying most of my time; however, I have always paid a lot of attention to my family, without feeling bound by this responsibility but rather happy to experience the joys of motherhood.

In the late 1960s, by the time my children had grown up, I started doing some research on sculpture; those were hard years, since I had no points of reference, nor did I know anyone who  could teach me the basics of that art.

Since I could not use any other material, I started working with clay, which was easy to shape; however, I soon realized that I was not keen on engraving or decorating; on the other hand, I noticed that I was rather good at making decorations in relief, and many people suggested me to take up sculpture.

I have always refused to make copies in bronze of my terracotta works since I strongly believe that my works have to be unique; in spite of all this, my works were put on show in many exhibitions in Italy and abroad, including New York.

By the end of 2004, I finally resolved to make some bronzes, taking up the suggestion of my friends, fans, as well as of some art collectors like Mr Serri from Galleria Cinquantasei (Bologna); however, I promised I would only make three works. For this reason, I preferred plasticine to cryptolite, since it was specifically used for stage designing; plasticine is basically a combination of chalk and chemical substances that slow down its solidification. This material has allowed me to create bigger works, supported by structures that require a careful study of the position the sculpture.

Cleverness and the use of new materials proved to be more important than my artistic skills; as far as I am concerned, I had never taken into consideration those materials before, since I thought they would better suit an artisan than a sculptor; however, since it all came to cutting iron rods or metallic nets, that was the only technique available. Moreover, if the Greek word for art is “tecnh” (tèchne), there must be a reason for that.

Of course, I sometimes change my mind, so that my final work no longer corresponds to its  original idea. Sometimes I am disappointed with the final result, as if I had a tune on my mind and my voice were not able to hum it. One should never get discouraged by temporary failures and rather take them as useful teachings for the future.

A little stubbornness and dedication may be useful at times; I devote lots of energies to this hard work, which fills me with enthusiasm. Besides working with bronze, I have also started working with wax. The ductility of wax allows me to work carelessly, deriving a great satisfaction from my work; through wax, I can express myself in a better and freer way. I love working at the patina of bronze, since I can always devise new effects with the help of an expert technician, in order to highlight the sense of movement of the sculpture. As I have often tried to explain, my works aim at restoring a sense of peace, against the hardship and brutality of life; they almost represent a shelter for our eyes from the violence of the world. I do not aim to exalt the physical quality of forms, but rather their vertical aspect, so that the viewer’s eyes have to look upwards; by doing so, the viewer forgets the anatomical element of the sculpture and catches the essence of movement and the inner tension of the work.

Despite my past doubts about bronze sculptures, the outdoors exhibitions in Bologna, Chieti and Capri, the solo exhibit at the Faenza Ceramics Museum, recognized by UNESCO as one of the most important Ceramics Museum in the world, the partcipation at the Venice Biennale direct by Vittorio Sgarbi and the fact that today my sculptures are sold all over the world, I have to say that the results achieved, absolutely unexpected, make me feel a thirty.

Born in Bassano del Grappa in 1964. A self-taught artist, he has cultivated his passion for art since the early Seventies, a period in which experiments with various artistic disciplines were practiced by his many brothers, moving between music, ceramics, to painting on canvas, with a spontaneous and natural ability.

It’s the vision of the paintings by Caravaggio which made a strong impression on him; since his days at school the great artist has represented his ideal of “painting”, thanks to its strong and dominating contrasts of light and shade

In 1980, at sixteen, he had already he writen is own musical composition, inspired by the works of Flanin, and went on to win the musical competition “The Golden Rose”.

From here begins a journey that would take him on stage as a singer next to several important national artists.

At the same time, as well as painting, he also started clay modeling in a pottery company owed by his older brother and personally search for a more contemporary and emerging form of the traditional “Novese” and “Bassanese” pottery styles.

His passion for nature, and in particular for flora and fauna, became  an inspiration for his paintings in acrylic during the magiority of the eighties.

In 1991 he devoted himself with intensity, in the study of still live. At the same time he also had his first personal Exbition at Bassano del Grappa (Vicenza), which would  permanently mark his artistic and professional career.

In 1996, after admiring the engravings of Giovanni Barbisan, he became passionate about the art form and performed a series of engravings  edited and printed in his studio.

Hes first “Retrospective 1986/2002” exhibition was created in 2002, and sponsored by the city of Marostica (Vicenza). His paintings were exhibited  to the public in the rooms of the prestigious  Castello Inferiore, where they were admired by more than nine thousand visitors in just two weeks.

By 2003 he’d already had about eighty personal exhibitions. With exhibitions in Dallas (USA), Cologne (Germany), and Austria.

In 2009 he was awarded the International Prize for Umoristi Marostica Cartoon Section.

In 2011 he took part in the extensions promoted by the Italian Pavilion at the Venice  Biennale 2011, in collaboration with the Italian Regions for the Celebrations of the 150th anniversary of the Unification of Italy.

DOWNLOAD INVITE in PDF
VISIT OUR ON LINE COLLECTION